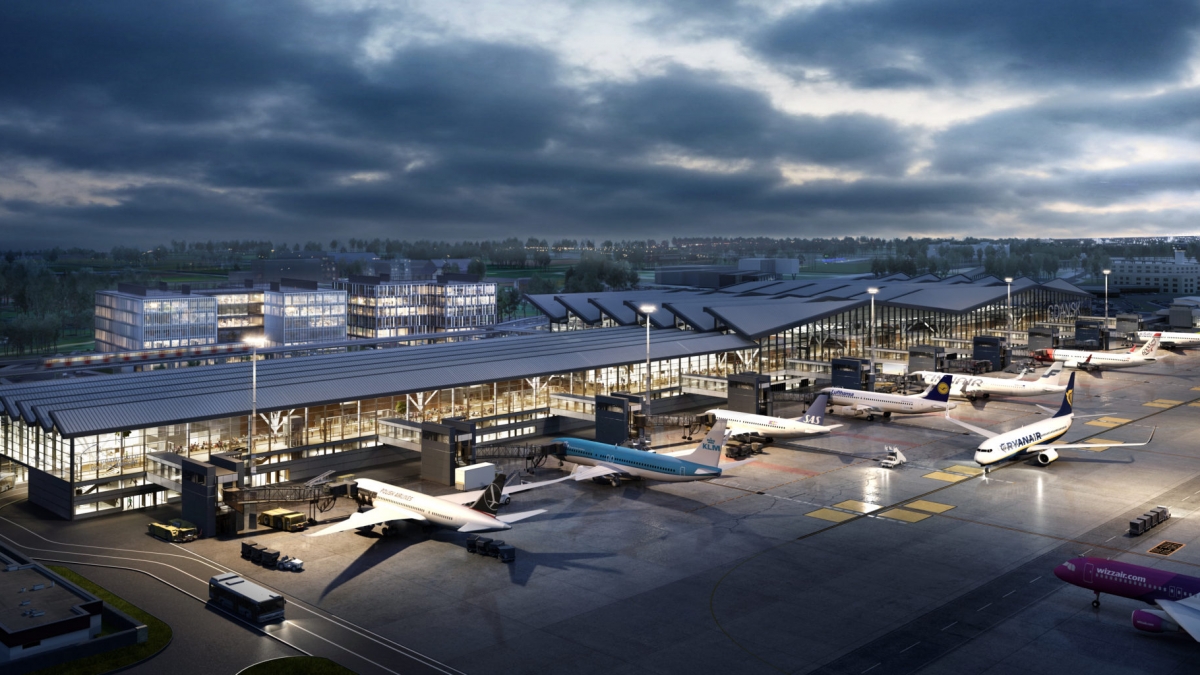 On Tuesday, 15 October this year, Gdańsk Lech Wałęsa Airport and DORACO Construction Corporation signed an agreement on the development of the passenger terminal. The investment envisages the establishment of a new pier constituting an extension of the existing terminal T2 to the west. The construction will take 26 months to complete.

“After the construction of the pier, Gdańsk Airport will gain nearly 16,000 m2 of new space allowing the passengers to travel in even more comfortable conditions. It’s an absolute priority for us. Passengers recognised our airport as one of the best in the world. It was ranked 5th in the AirHelp 2019 global ranking of airports, taking into account punctuality, quality of service and commercial offer. It’s a great distinction, for which we are very grateful. But it’s also a huge obligation. Therefore, despite the complicated situation on the construction and investment market, we have decided to start and carry out this important and ambitious task that is the development of the passenger terminal,” said Tomasz Kloskowski, President of Gdańsk Lech Wałęsa Airport.

“Gdańsk is developing, and so are the Airport and DORACO. When we were starting the construction of T1 terminal back in 1996, we were a small company from Gdańsk, which was carrying out the first big investment for the airport in a consortium. In 2011, the airport in Gdańsk was ranked 4th in respect of the number of passengers handled amongst the Polish airports, while DORACO was building modern T2 terminal in a consortium. We are now starting the development of T2 terminal, already independently as the general contractor, while Gdańsk Airport is now ranked 3rd in respect of the passenger volume in Poland, and simultaneously 5th in the ranking of best airports worldwide. As the inhabitants of Gdańsk, we are proud to be involved in this investment, which will have a significant impact on the development of both our region, as well as our investor. It will be an important position in DORACO’s portfolio of executed projects,” said Karol Zduńczyk, President of DORACO Construction Corporation. 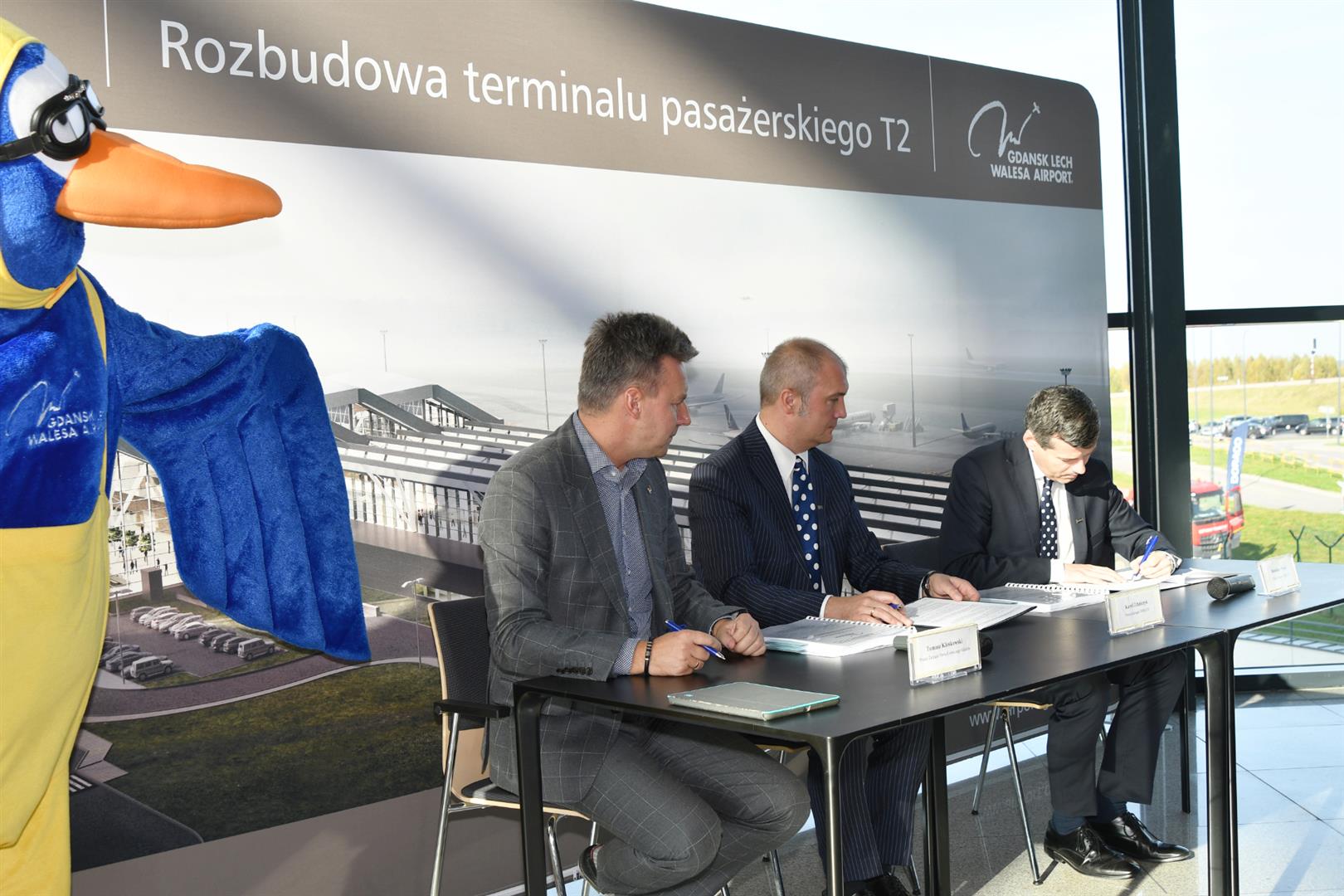 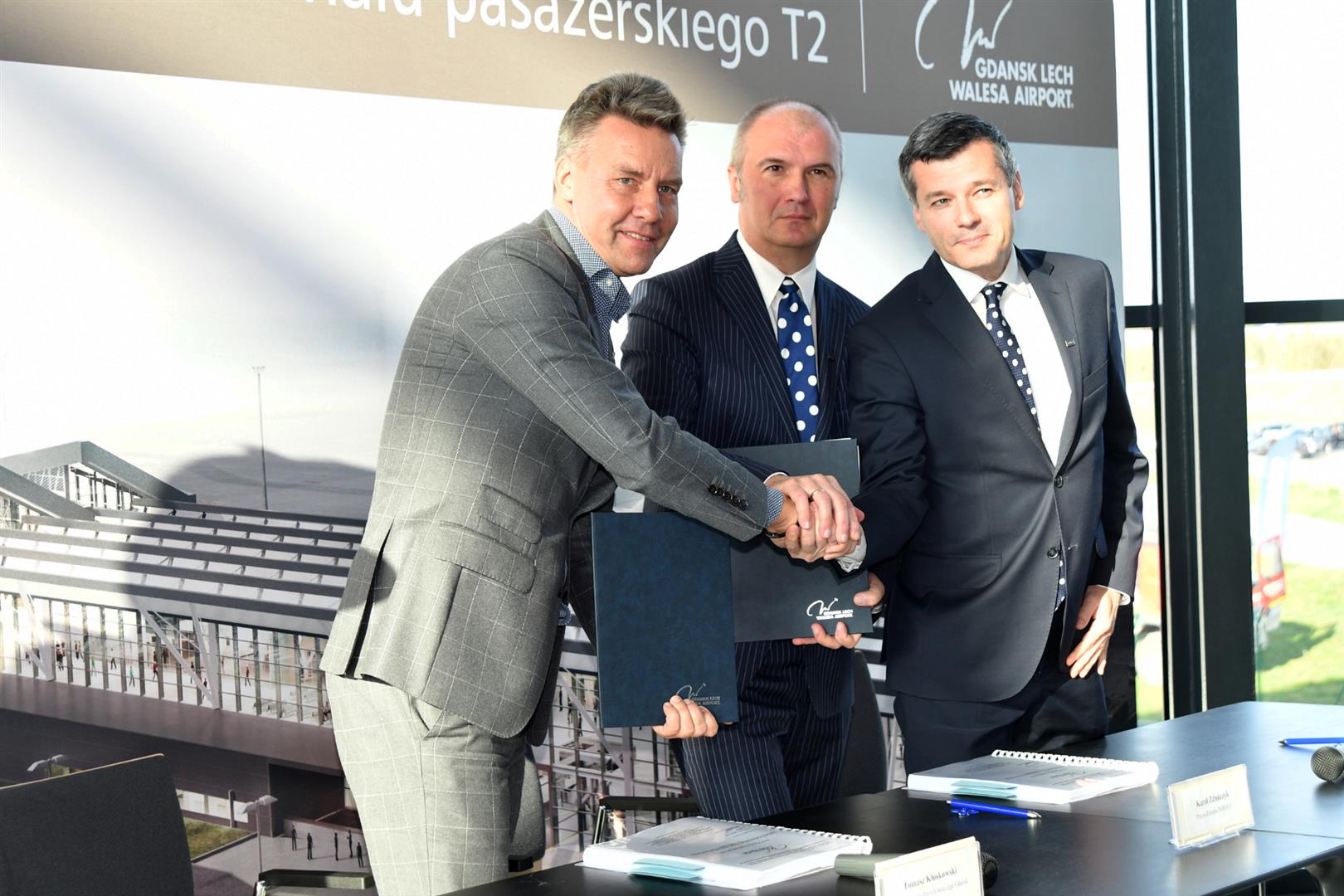 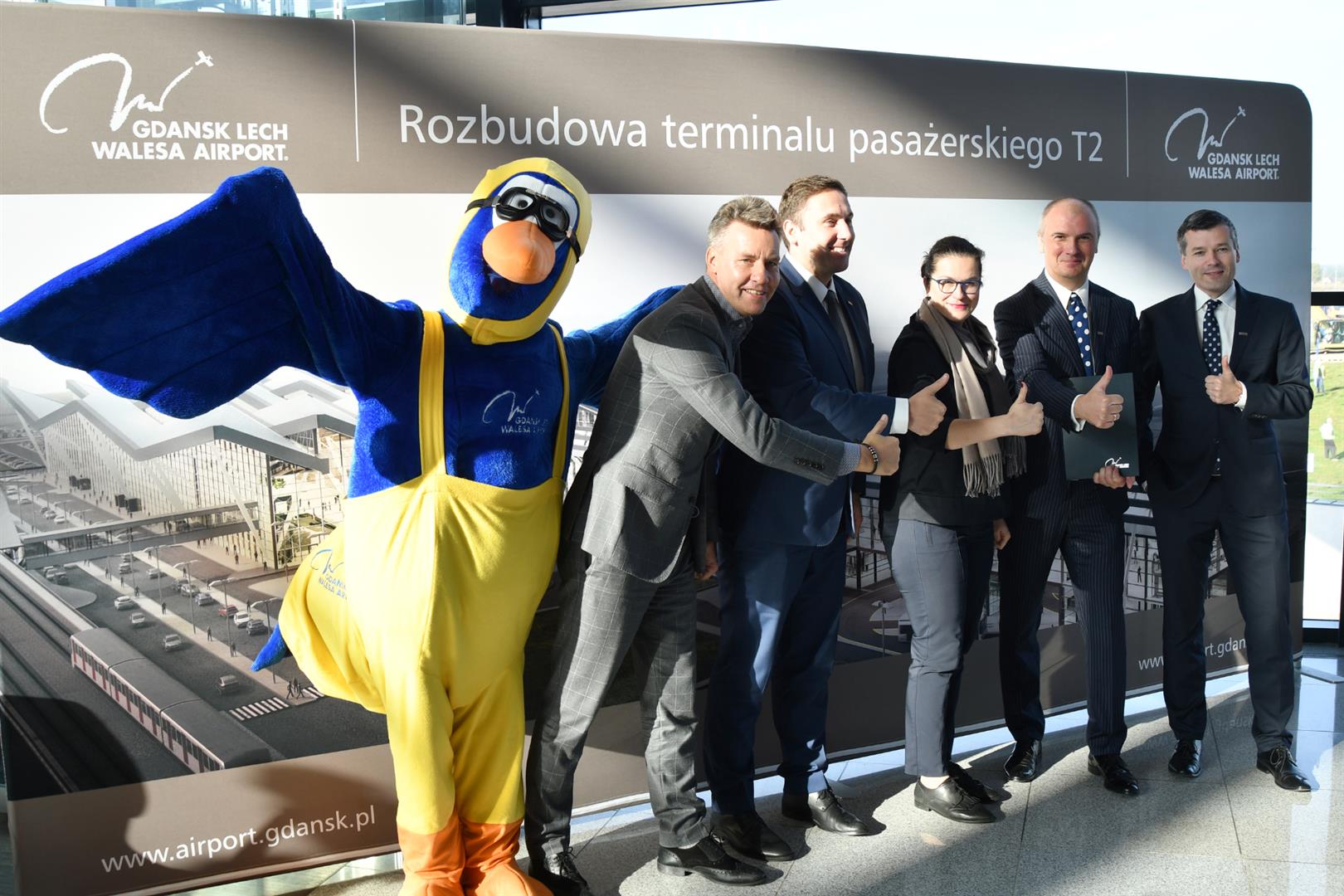 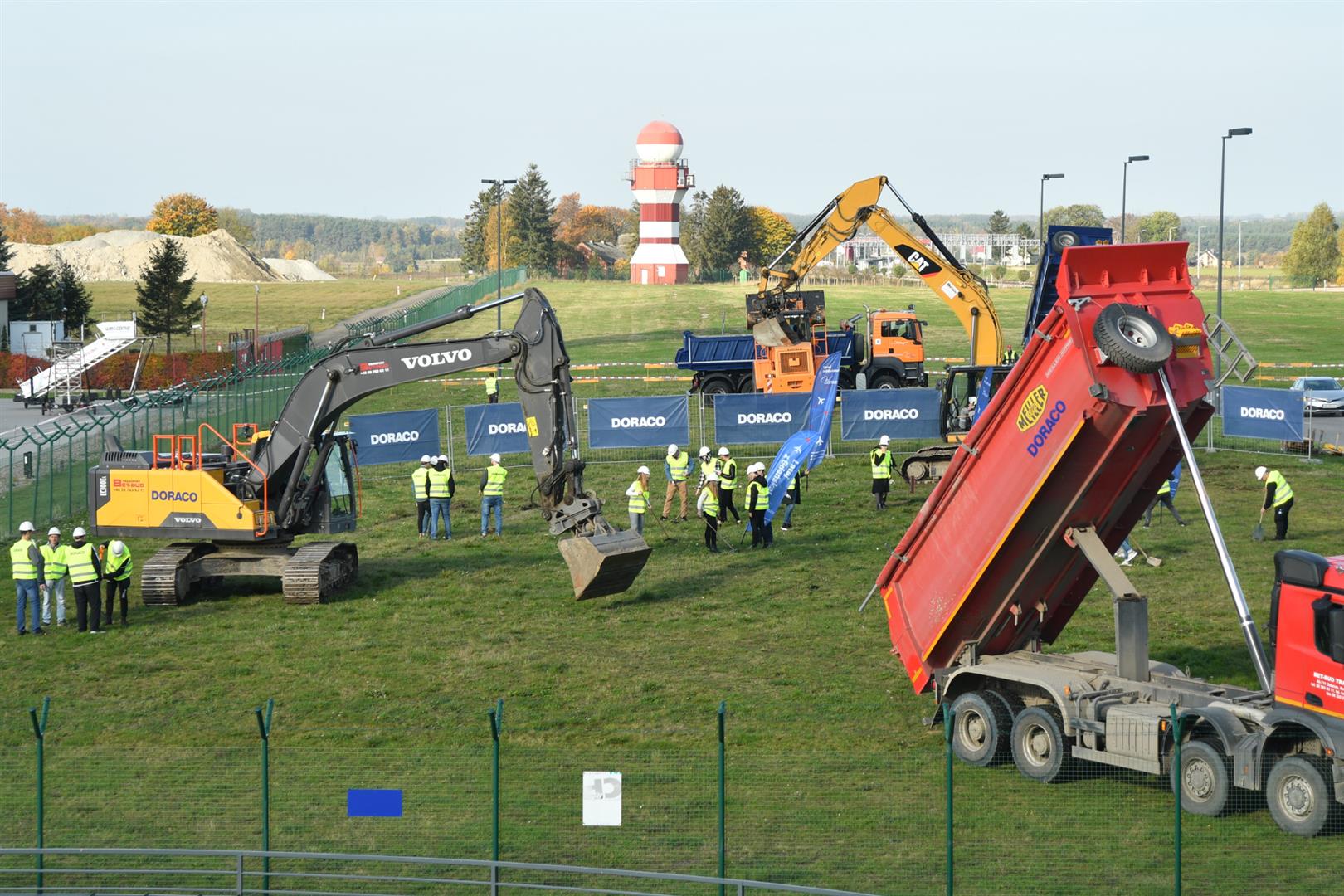 In the picture: Happening at the premises of the future investment, organised on the occasion of signing the agreement.

After the development of the passenger terminal, the new pier will allow handling passengers of the scheduled flights travelling to non Schengen countries such as Ireland and Great Britain, as well as passengers of chartered flights e.g. to Turkey and Egypt. Currently, these passengers are using terminal T1, which was built in 1997. The new pier will also partially handle the passengers from Schengen countries. Specificity of the operations and management of the new object will consist in the possibility to adapt the gates leading to the planes to current needs by extending or limiting the Schengen and non Schengen service area accordingly. Thanks to the expanded area of the terminal, the central safety and passport check area will be extended, so will be the luggage claim hall and arrival baggage room. Arrivals will be handled on the ground floor of the added part of the terminal, while departures – on the first floor. There will be 2 bus exits. Moreover, 4 external staircases were designed enabling access to jet bridges. Additionally, DORACO will reconstruct the internal road layout and will construct a new maneuvering area for the airport buses. 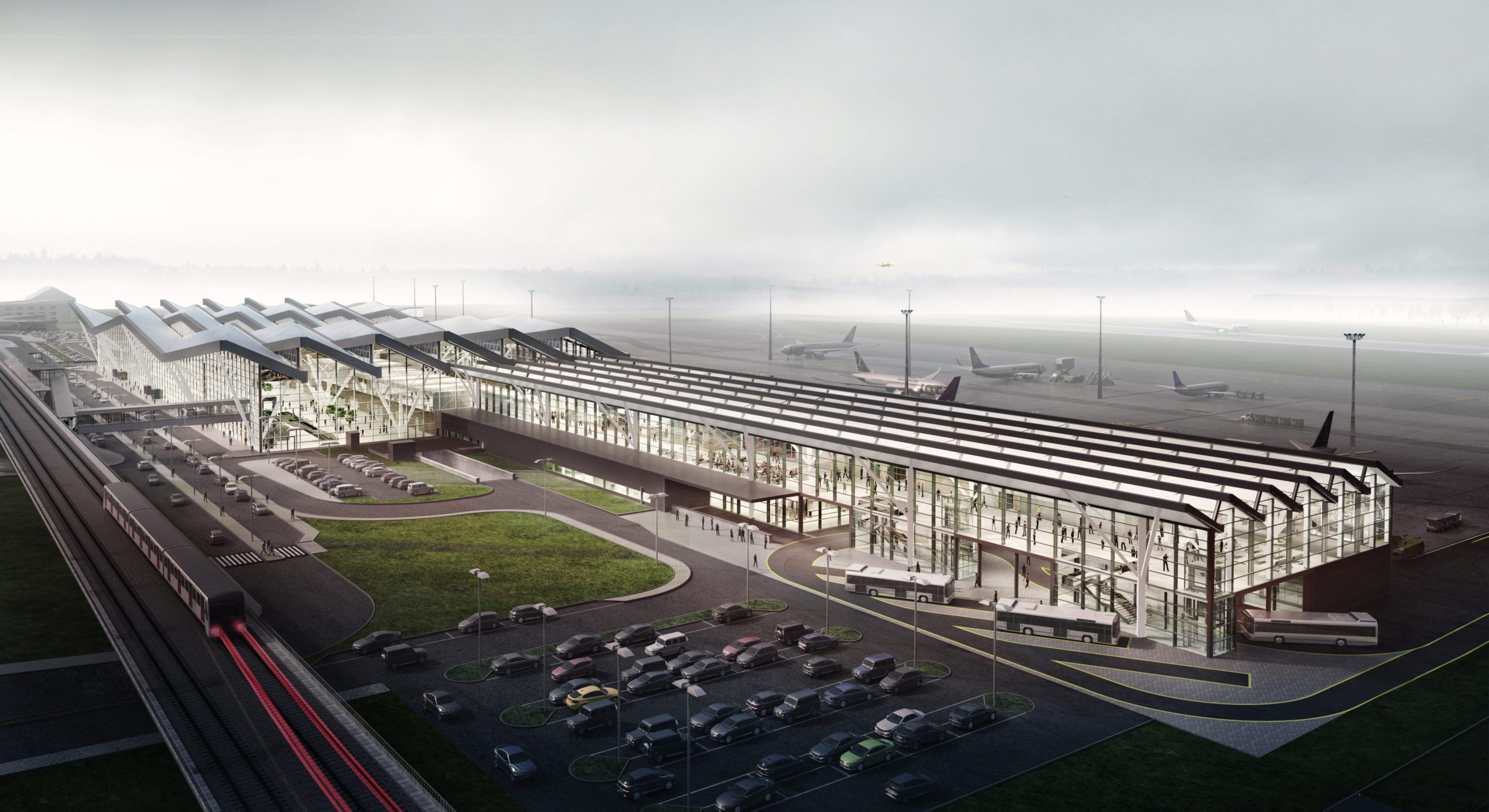