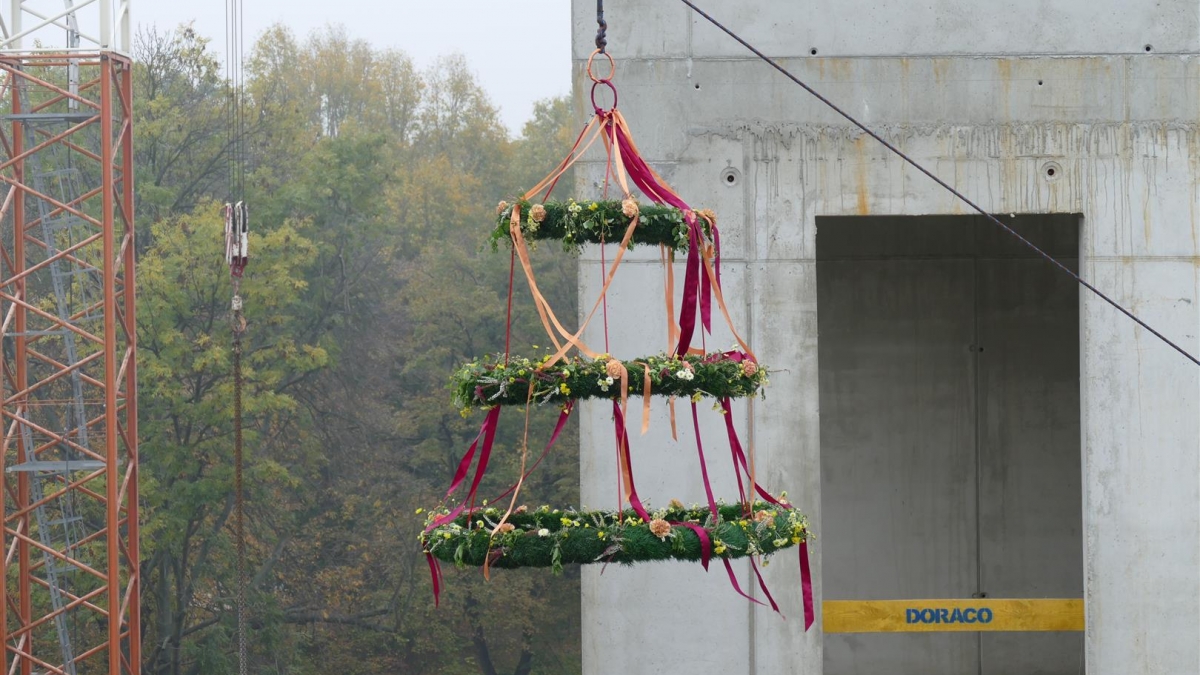 New building of the Polish-Japanese Academy of Information Technology (PJAIT) is being erected in Koszykowa Street in Warsaw. Topping out ceremony celebrating the end of the first stage of works was held on 25 October. The DORACO Construction Corporation is the general contractor and the design was prepared by Chmielewski Skała Architekci studio.

The construction coincided with the 25th anniversary of PJAIT’s activities. “The effort we made in 1994 led to the foundation of an academy which enjoys today an established position worldwide. The ever growing number of students from over 50 countries wishing to study at PJAIT testifies to it. The investment has been initiated due to the emerging need to provide greater didactic space for the students,” said Professor Jerzy Paweł Nowacki, Rector of PJAIT. Meanwhile Barbara Nowacka, chancellor, adds: “Investment in the construction is an investment in the future, in the students of our university. We’d like this premise to become a place where innovations, patents, mobile apps making everyday life easier, student’s start-ups or multimedia installations are created. Education and development of Polish science are our mission. We know how to train those, who can find their place on the labour market, who are creative, willing to cooperate and open-minded”. 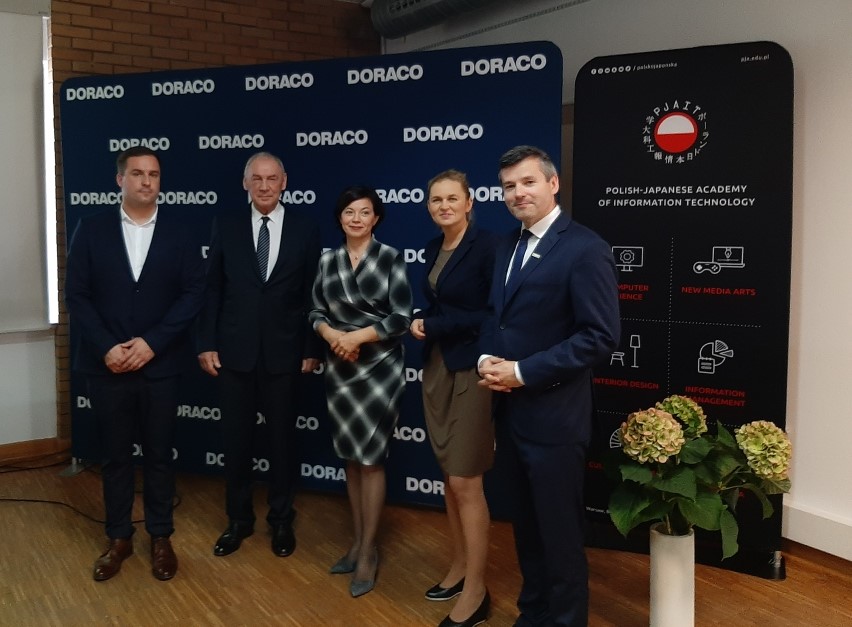 The building will have 5 overground storeys and 2 underground storeys. It will cover the area of ca. 6,000 m2, including 3,000 m2 of didactic space with IT labs, auditoriums and an assembly hall. A characteristic feature of the building visible from the side of Koszykowa Street will consist in an inner cube housing a state-of-the-art multimedia exhibition area. It will be suspended on the level of the first floor.

Watch the works carried out in the past 7 months.