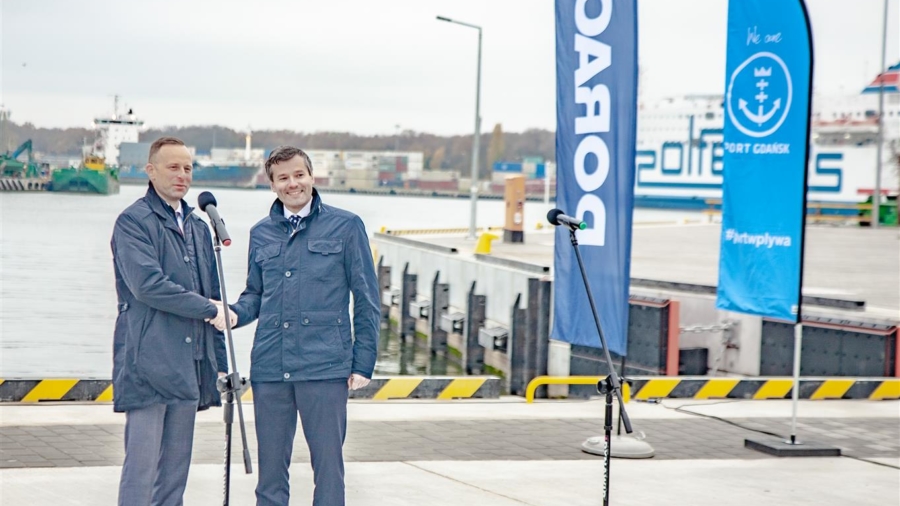 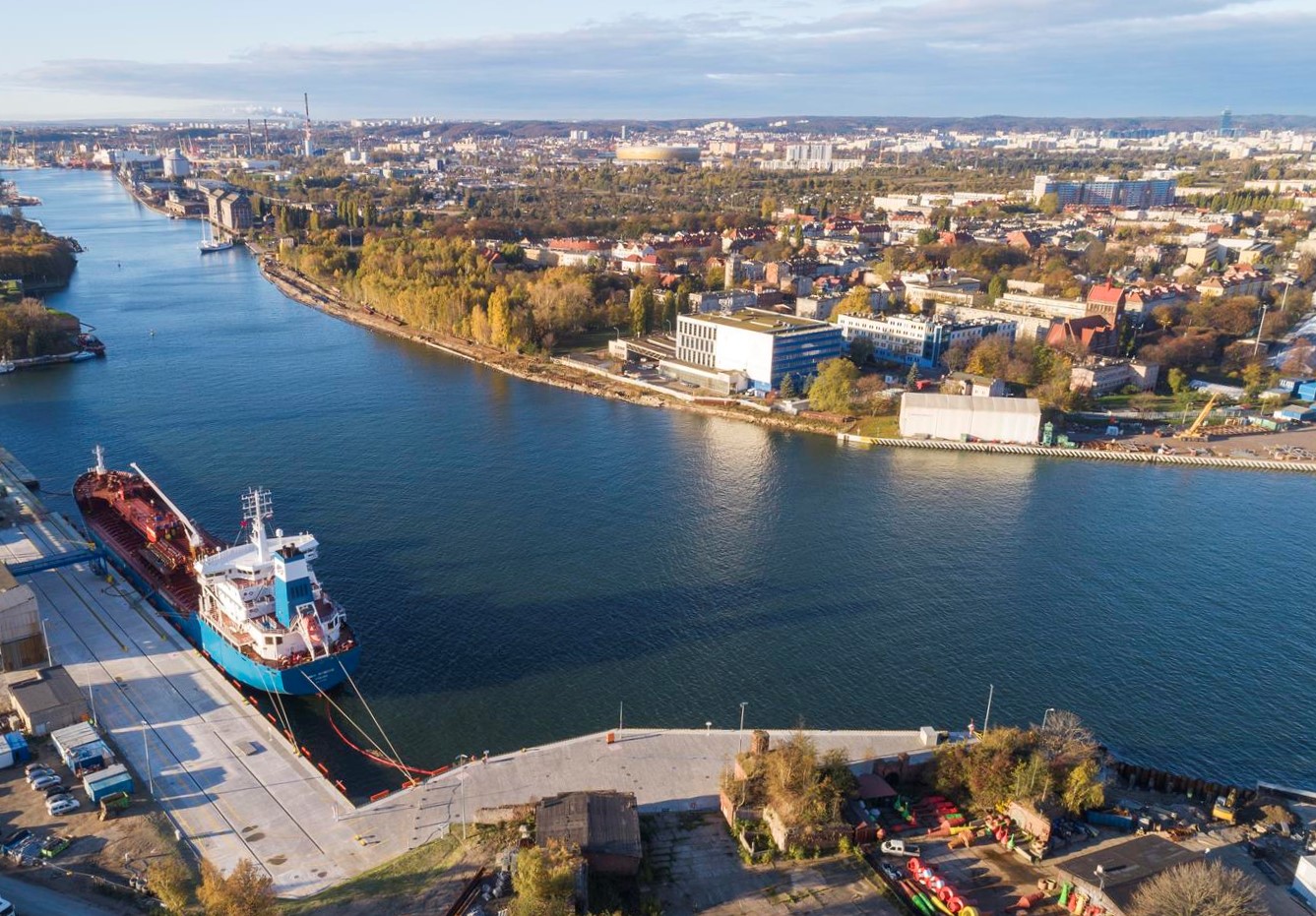 The OPP and Mewy Wharves were officially opened on 15 November of this year in the Port of Gdańsk, accompanied by the media and invited guests. Finalization of the first stage of extension of the Obrońców Poczty Polskiej Wharf consisted in reconstruction of half of its length. The remaining part of the wharf remains under renovation, which will result in increasing its length from 345 metres to 391 metres. The technical depth was also considerably increased to 11.2 metres, which allows it to handle ships with higher draught than previously. At present, the wharf is mainly used for handling aggregates, fuel oil and base oil as well as sulphur. Two vessels can be handled at the same time at the OPP Wharf.
The Mewy Wharf was also reconstructed. Its earlier condition made it impossible for vessels to moor. Currently, after the end of works and construction changes, the wharf can be used for halting purposes. Small vessels with draught of up to 5.3 metres can be moored here.

The value of the investment completed at stage I comes to more than PLN 26 million. Stage II, whose cost will be PLN 16 million, includes a complete renovation of the Obrońców Poczty Polskiej Wharf. The forecast period of the final end of works along this section is the end of 2020.